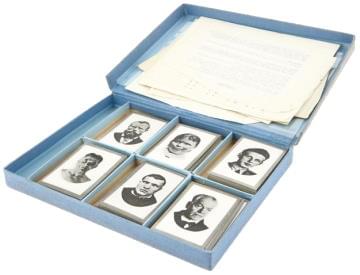 Online version of the Szondi Test, nonverbal projective personality assessment method developed by the hungarian psychiatrist Leopold (Lipot) Szondi in 1935. The test consists in showing the examinee a series of facial photographs, displayed in six groups of eight each. The subject is asked to choose the two most appealing and the two most repulsive photos of each group. The choices will supposedly reveal the subject satisfied and unsatisfied instinctive drive needs, and the subject's dimensions of personality.

Here you can take the «real» Szondi Test: with the original photographs (not the redrawn ones), and with a brief interpretations of 4×16 vectors from the Szondi's textbook.

The Szondi test is not widely used in modern clinical psychology, because its psychometric properties are weak. However, it remains in the history of psychology as one of the well-known psychological instruments.